Budgie formed in 1967 in Cardiff, Wales under the name Hills Contemporary Grass. Their original line-up consisted of Burke Shelley on vocals and bass, Tony Bourge on guitar and vocals, and Ray Phillips on drums.[6] After performing several gigs in 1968, the band changed their name to Budgie the following year and recorded their first demo.[2] The band originally formed under such names as Hills Contemporary Grass and Six Ton Budgie.[7] Burke Shelley has said that the band's name came from the fact that he, "loved the idea of playing noisy, heavy rock, but calling ourselves after something diametrically opposed to that".[8]

Their debut album in strong blues-oriented hard rock lines was recorded at Rockfield Studios with Black Sabbath producer Rodger Bain[9] and released in 1971, followed by Squawk in 1972. The third album, Never Turn Your Back On a Friend (1973), contained "Breadfan", which was covered by Metallica in 1988, the band having covered another Budgie song, "Crash Course In Brain Surgery" earlier in their career. Ray Philips left the band before the fourth album In for the Kill! was recorded and was replaced by Pete Boot (b. Peter Charles Boot, 30 September 1950, West Bromwich, Staffordshire).[10]

In late 1974, the band were joined by drummer Steve Williams for the album Bandolier, for live shows promoting this album and the follow-up, If I Were Brittania I'd Waive the Rules, the band were augmented by Welsh guitarist Myf Isaac, but both Bourge and Isaac left mid 1978 and were replaced by ex Trapeze guitarist Robert Kendrick. Music from the 1978 LP Impeckable was featured in the 1979 film J-Men Forever (shown frequently on the USA Network's "Night Flight" television series in the 1980s) which is now a cult classic. In late 1978, having been dropped by A&M and with no new recording contract, this line up floundered, and after 12 months Kendrick was replaced by "Big" John Thomas (b. 21 February 1952) in late 1979. This line up recorded two albums for Kingsley Wards 'Active' label: Power Supply (1980) and Nightflight (1981). 1982 saw them signed to RCA for Deliver Us From Evil their final recording for a "major label". 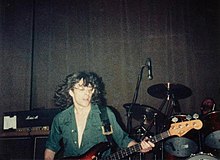 The band continued to have success during the New Wave of British Heavy Metal scene, playing the Reading Festival in 1980 and then headlining the festival in 1982.[11] They built a particular following in Poland,[citation needed] where they played as the first heavy metal band behind the Iron Curtain, in 1982. Also notable was their tour support of Ozzy Osbourne's Blizzard of Ozz Tour.[12]

Detalii
In For The Kill Budgie Limited Edition